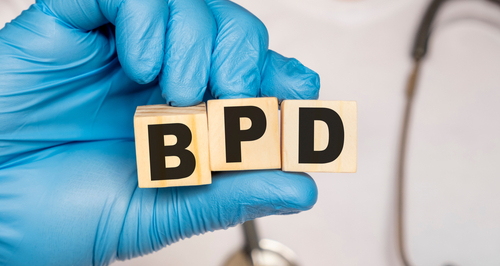 What Triggers Dissociation In BPD?

Home » What Triggers Dissociation In BPD?

There are a variety of symptoms associated with a borderline personality disorder that can be instantaneously triggered. Johns Hopkins Medicine explains triggers as “external events or circumstances that may produce very uncomfortable emotional or psychiatric symptoms, such as anxiety, panic, discouragement, despair, or negative self-talk.” Triggers can vary from person to person and can cause different physiological responses, including dissociation. A trigger, in relation to BPD typically refers to something that precipitates the exacerbation of one’s BPD symptoms. Examples of commonly reported BPD triggers that bring on dissociation can include, but are not limited to the following:

Dissociation is a highly common symptom experienced by individuals with BPD. Studies have found nearly 75% to 80% of people with borderline personality disorder report experiencing stress-related dissociation. The symptoms of BPD can pervasively interfere with an individual’s ability to function optimally in his or her daily life.

Dissociation is a psychological phenomenon that, according to the Australian Institute of Professional Counsellors, “describes a state in which the integrated functioning of a person’s identity, including consciousness, memory, and awareness of surroundings, is disrupted or eliminated.” Dissociation is specifically influenced by the disruption of four key areas (identity, memory, consciousness, and awareness of oneself and surroundings) of personal functioning that typically operate automatically and seamlessly.